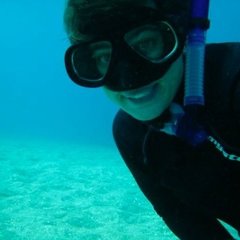 Well this is …different! Apparently public urination has been a big problem in Amsterdam, and it has now been addressed by an environmental psychologist, Richard De Vries, who invented and piloted a new type of urinal. His “GreenPees” urinals basically look like a planter growing hemp, and they produce organic fertilizer and water that is used in the city’s green spaces. The pilot resulted in a 50% reduction of “wild peeing.” This not only protects historical buildings from the corrosive effects of urine but saves water when compared to “regular” toilets. The urinals can now be found in several cities, and De Vries wants to export the concept to other countries. They’re also looking into a model that can generate electricity(!). This project is a great example of an innovative approach to solve a problem…they could have just put up signs and/or passed a law, but instead they developed and piloted what turned out to be a better solution. I’d definitely like to see more written about the formative research methods and how the pilot project was conducted.

P.S. I struggled to pick the topic to categorize this and went with “behavior change tools” but I suppose it could have also been classified under “reuse,” "water efficiency," or even “public gardens” … and I really wanted to come up with some good puns for this post but decided to keep it classy and just hold it.

This is absolutely brilliant. I love it when a behavioural problem is solved by a creative invention. On top of that, they're doing great things for the environment. I wonder if any North American cities would also consider using these!